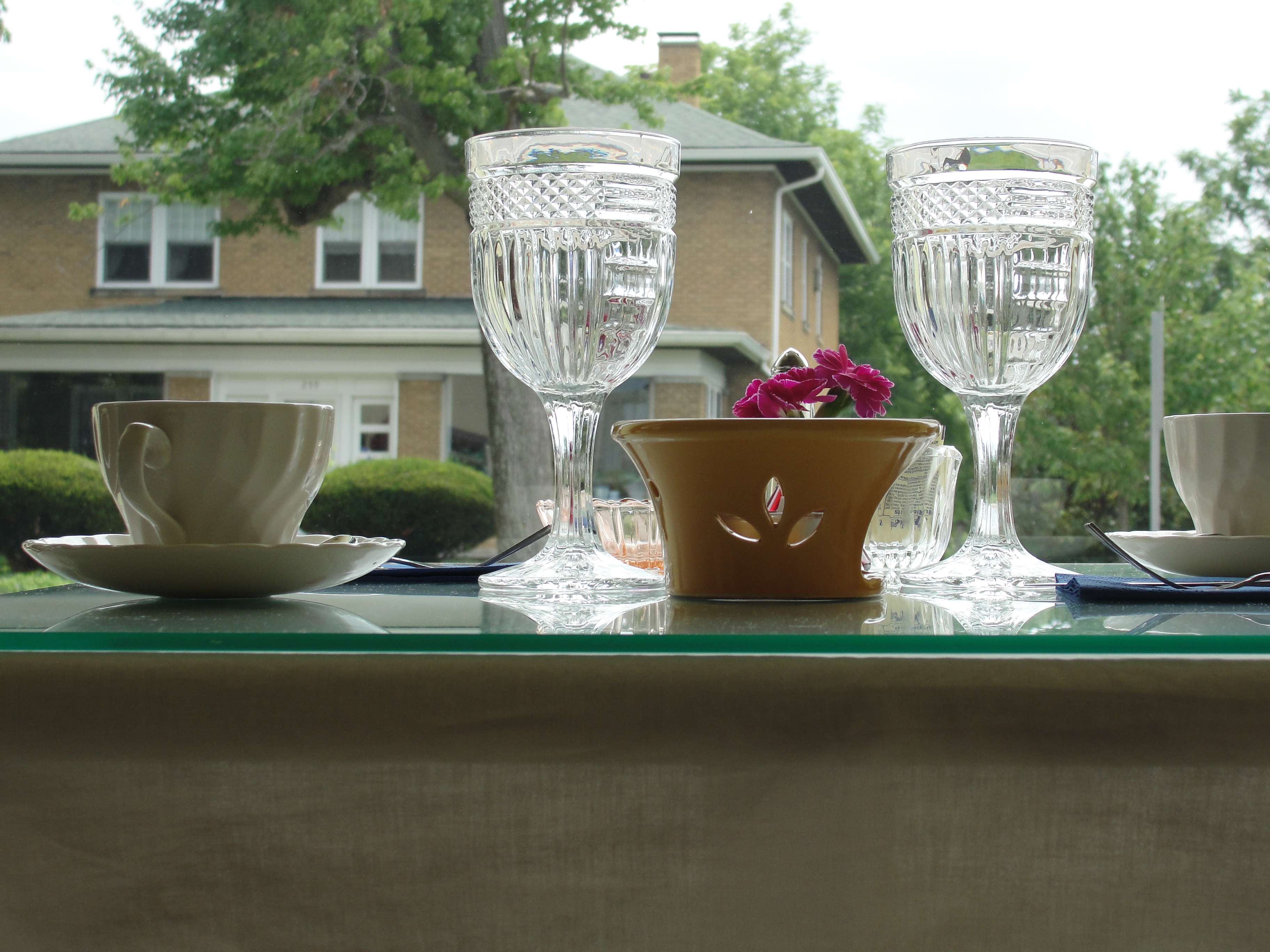 Invited into the Garden of Trust: Jesus Trusted His Heavenly Father Completely

Matthew: 26: 36Then Jesus went with them to a place called Gethsemane, and he said to his disciples, â€œSit here, while I go over there and pray.â€ 37And taking with him Peter and the two sons of Zebedee, he began to be sorrowful and troubled. 38Then he said to them, â€œMy soul is very sorrowful, even to death; remain here, and watchd with me.â€ 39And going a little farther he fell on his face and prayed, saying, â€œMy Father, if it be possible, let this cup pass from me; nevertheless, not as I will, but as you will.â€

I’ve been invited into the garden. Not for a girly tea party, nice as those are, but invited to drink a cup of my Father’s will. Two years ago, the Holy Spirit began leading me to the garden, I thought it was teach me forgiveness, but now in the midst of grief, confusion, and a loss I physically cannot bear I finally understand. God was inviting me to trust him completely.

What does it mean to trust God completely?

Jesus was in the habit (discipline)Â of praying in the garden! (Luke 22:39), How many of us, when facing the most difficult trial stick to ourÂ routine of talking to God?Â He went to the gardenÂ not out of sudden desperation, but out of steady consistency.Â Â His prayer was raw, real, and vulnerable. He gave insight into his state of mind, “My soul is very sorrowful, even to death; remain here, and watch with me.” Sometimes our will verses God’s will takes us to the brink of death. Our flesh wants its way! This isn’t some lightweight battle, the enemy of our soul knows exactly what he is doing! It is okay to ask the heavenly father for our will to be done, even while we submit to His will completely. The Holy Spirit ministers to us in our weakness. through prayer, keeping watch, discipline, even with those we long to support us fall away in their own weakness.

From Psalm 37 I learn these building blocks of God’s will:

As I practice these 9 steps I will find that forgiveness happens out of my God given new spirit, and as I am in the garden, I will be able to trust in everything that I have learned about my heavenly father. Then I will be able to drink the cup of his will completely. 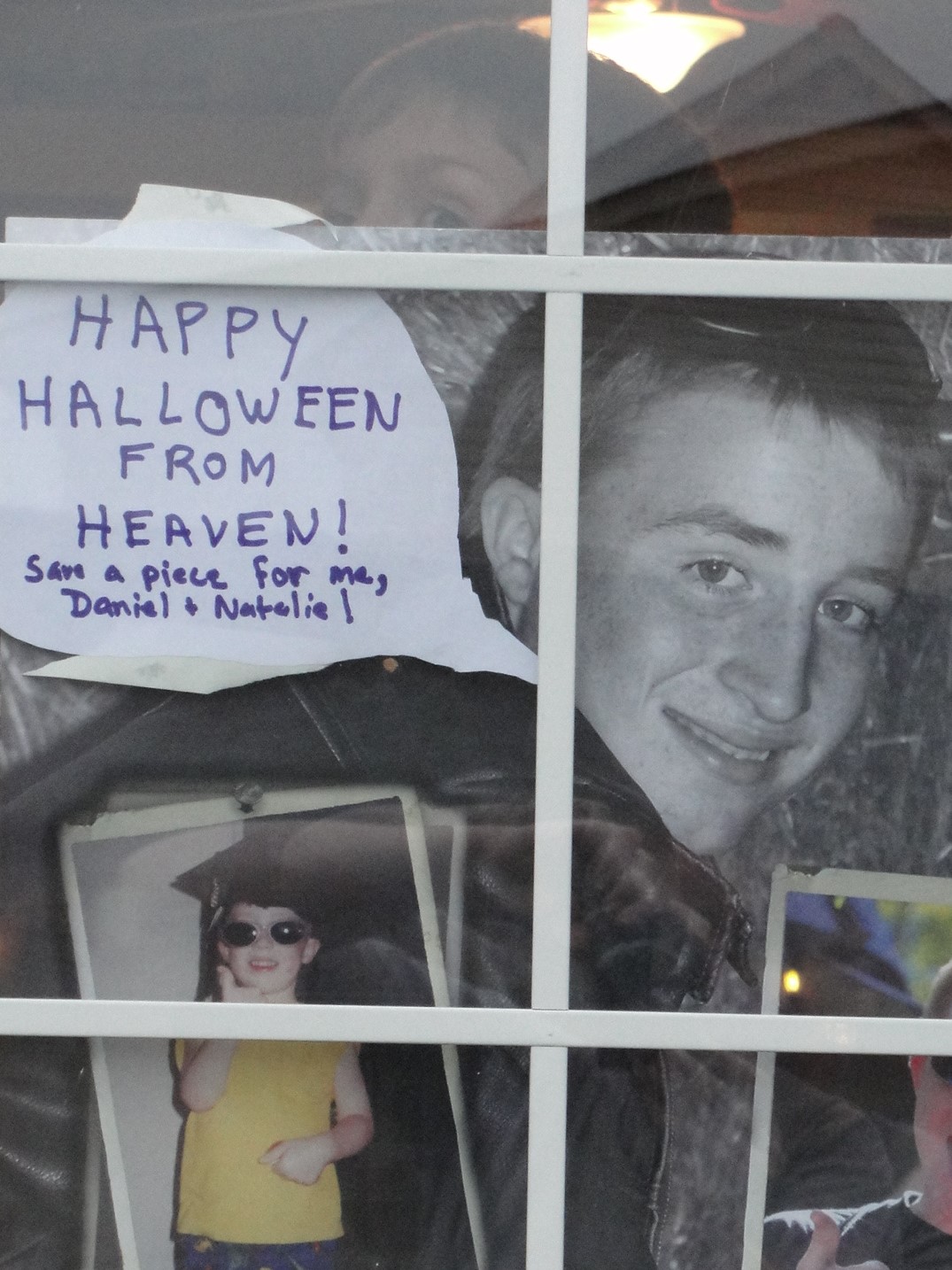 Guided by the Comforter: Learning to listen to God’s voice

Acts 4:31And when they had prayed, the place where they had gathered together was shaken, and they were all filled with the Holy Spirit and began to speak the word of God with boldness.

Daniel wanted Jonathan to be a part of Halloween. So we took the huge poster that the funeral home created and stuck it in the window with a talk bubble. I had to smile at Daniel’s insistence, and that my spirit so readily agreed to it. I’ve had more of those moments this week. A calmness has infused my being that certainly wasn’t there a week ago. I have no illusion that I am no where near the end of grieving, but what is happening is that I am having more and more moments of genuine joy. It was a pleasure to take the kids trick or treating.

Even though the disciples had Jesus back for forty days, they still had to grieve the loss of their friend after he ascended to heaven. But boy the difference in how they grieved. They went from locking themselves in a room and hiding away to praying together, celebrating the resurrection and waiting for the comforter (the Holy Spirit) to come. They didn’t have to wait long before things began moving and shaking. The Comforter had arrived!

In my previous posts I have mentioned that I am allowing the Holy Spirit to lead me. This isn’t rocket science, but it also isn’t simple either. Just like the disciples we need to spend time with Jesus, get to know his voice, his character, and his love for humanity. Otherwise, we will may find ourselves being guided by our own selfish desires or the voices of others who do not have our best interests in mind. These voices will always lead us away from God. I love the song of Voice of Truth by Casting Crowns, it describes the struggle we have with knowing the Shepherd’s voice. Since I was a little girl I’ve had a lot of voices in my head (don’t laugh, unless you’re my siblings) and the loudest was my overpowering, obnoxious critic. Nothing I did or ever could do was good enough. It got to the point that I stopped trying and quit a lot of things I actually enjoyed.

A couple of year ago I really began asking, ‘How do I know God’s voice?’ My question sprung from John 10:27 Jesus said, “My sheep hear my voice, and I know them, and they follow me.” I began discerning what the Holy Spirit sounded like and practicing stepping out in faith and acting upon that voice’s direction. Amazing things began to happen, and a power that I had never been able to tap into began surging through my spirit. Following the direction of the Holy Spirit takes practice and a solid knowledge of the other parts of the Trinity. I’m still learning and growing in this area, but since Jonathan’s death, the fear that had once held me back from trusting the Holy Spirit’s direction and acting on it is getting kicked out.

I had a bit of fear when I approached a complete stranger on the prompting of the Lord. I held back, but the urging became even stronger, and she kept looking at the books I had on the table as she waited for her coffee. I felt awkward, but managed to introduce myself and a new connection was born, very much in line with the previous connections that God has been forming since Jonathan’s death.

Here is the criteria that I follow:
1. The voice of the Holy Spirit will never contradict the other parts of the Trinity (revealed in scripture).
2. I will never have to rush in, or be impulsive, the Lord is not limited by time.
3. The Holy Spirit will always be affirmed. (Example: The woman at the coffee shop thought that we might be in the same field)
4. Pray and be open each day.
5. The Holy Spirit always has humanity’s best in mind. He will strengthen us and bring the resources for us to help others.