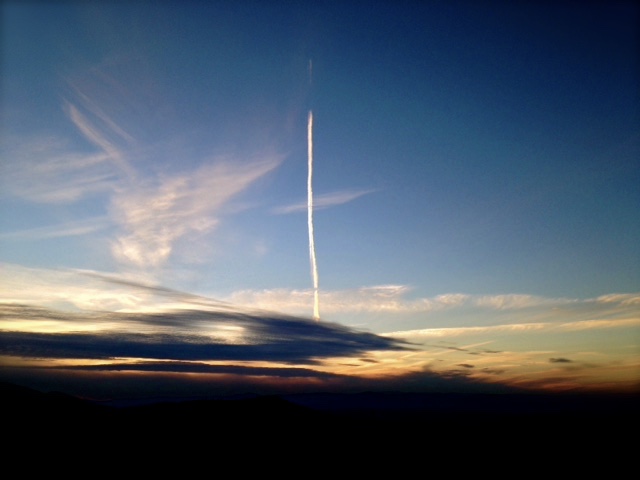 Oh, the depth of the riches of the wisdom and knowledge of God!

How unsearchable his judgments,

and his paths beyond tracing out!

34â€œWho has known the mind of the Lord?

Or who has been his counselor?â€

35â€œWho has ever given to God,

that God should repay them?â€

36For from him and through him and for him are all things.

To him be the glory forever! Amen.

I see Paul hunched over his writing table, earnestly wrestling with theÂ placeÂ where God’s holy and perfect sovereignty meets our free will. “32For God has bound everyone over to disobedience so that he may have mercy on them all.”

If you are anything like me, you lean in one direction or the other, but oh the power we will have when we accept the full wildness of who God is. We want Him to beÂ safe, or we want God to be powerful, but we don’t want him to be safe and all powerful at the same time. We try to place a divider between Old and New Testament and treat Him as ifÂ he isÂ two separate Gods. Remember, the cross of love wasÂ brutal, the scars permanent, and the forgivenessÂ complete.Â That’s inconceivable! Man meant (acted in our free will) crucifixion for evil, but God meant it for our good. To save many!
.

It is uncomfortableÂ being shapedÂ inside the Chrysalis of His hands! It was the same for all the patriarchs! Â Joseph’s journey was painful, but he was able to see that God was both sovereign and gave mankind free will. He told his brothers who sold him into slavery, 20“As for you, you meant evil against me, but God meant it for good in order to bring about this present result, to preserve many people alive.” Transformation occurs when we both submit to the sovereignty of God and exercise our free will to obey and glorify Him.

I believe standing in this spot, meditating on the fullness of God’s character is where I accept that he did not cause my son’s death AND His perfect will is working through Jonathan’s death. How can both statements be true? I know this much, I would not be sitting here sharing my story with you. As I reconcile myself to God in the flesh, whoÂ used his free will to die for me, Â I also open myself to His will for my worst enemy! Many will be saved. That is indisputable. Amen and Amen!