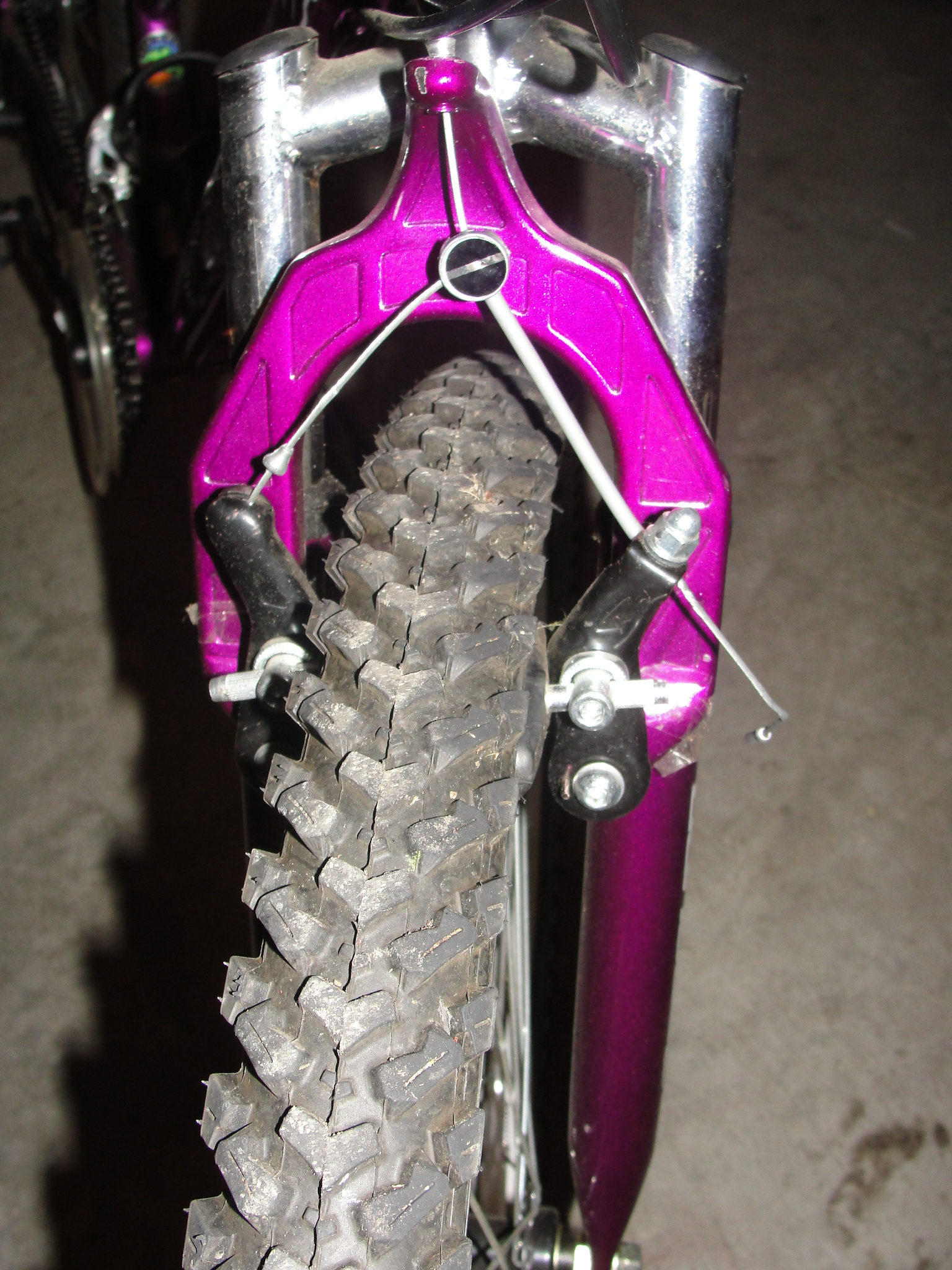 God Puts on the Breaks While Pride Attempts to Move Forward

Hebrews 6:1Therefore leaving the elementary teaching about the Christ, let us press on to maturity, not laying again a foundation of repentance from dead works and of faith toward God. . .

I was putting forth a whole lot ofÂ effort, but wasn’t getting anywhere fast. I am out of shape, but the ground was flat and I was on a decent bike.Â The breaks were malfunctioning andÂ telling the bike to stop while my pedaling was attempting to propel me forward.Â Â Finally the breaks locked up with a loud screeching sound and riding it was now impossible.

Do you ever find yourself exasperated at impediments andÂ saying, “Why is life so hard?” You are putting forth a whole lot of effort in your Christian walk,Â your witness, your relationship with God and yet feel exhausted andÂ fruitless. Time to check the breaks. Sometimes we are stalled because God is putting the breaks on pride. It is soÂ easy for us to fallÂ into the cycle (all pun intended) of pride. Thinking that we’re winning the race because of own efforts–we are all that and a bag of chips!Â God is a good parent, and he won’t hesitate to strip us of our medals if we are using drugs (anything but him)Â to enhance our ride.

Other times we are the ones putting on the breaks because we are on a faulty bike. Our upbringing, abuse, brokenness, and insecurities are constantly halting any solid progress because we are unsure of God’s character, don’t trust him, keep using worldly thinking,Â or just plain don’t know we are in a system that is not working. Saul (renamed by God: Paul) thought that he was killing Christians in the name of God. He was raised to think a certain way, and these people of “The Way” were, in his mind,Â blaspheming God. GodÂ slammed onÂ the breaks of Saul’s forward progress on the road to Damascus, letters in hand, toÂ preform mass killing of Christians. GodÂ slowed Paul up with blindness, and opened the eyes of his soul to Jesus “whom he persecuted.”Â Â God put Paul on a new bike.

Mom offered to push my bike and let me try hers. With very little effort, I was practically flying down the trail.Â IÂ expended so much unnecessary energy on a bike built to go, that was putting on the breaks the whole way. Our Christian walk can be much like this. We are moving forward, yes, but we are spent in the process. We are still operating in old mind sets. We are in the pew, but resisting Christ. It feels like two steps forward and a whole lot backwards. When I began taking my thoughts captive and making them obedient to Christ my forwardÂ progressÂ became easier. Christ said that we would bear much fruit when we are following him. If I am not, then it is time to check the breaks!