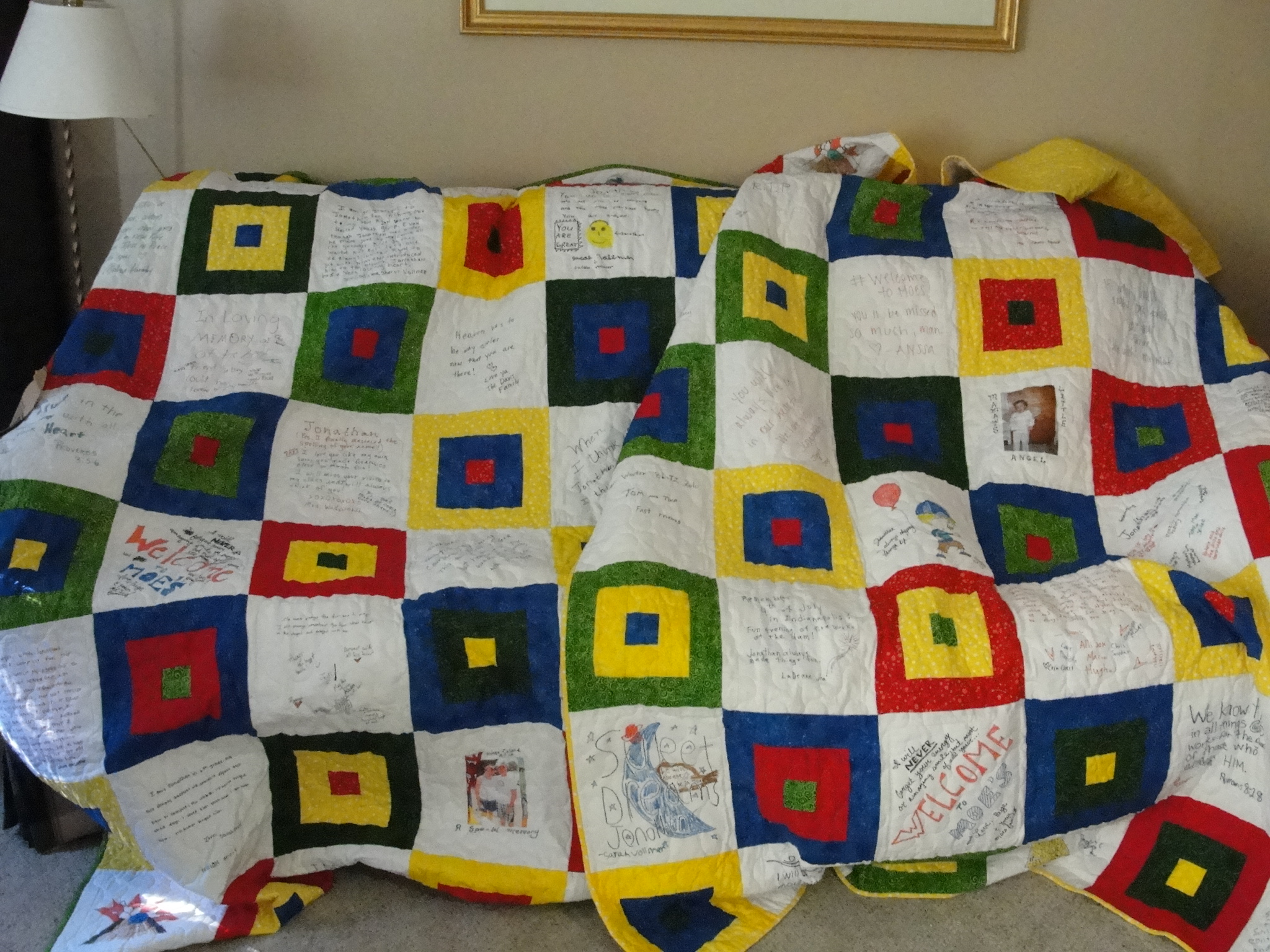 Psalm102:28The children of your servants shall dwell secure; their offspring shall be established before you.

For the first time in over two years I returned to the chapel to pray for our church youth group as they met. Coming to church has been difficult this year, and being around teenagers even harder. Not because I don’t love them, but because I miss Jonathan. From the first moment I said yes to Jesus, I have not battled a desire to escapeÂ church, until now. I began to withdraw from fellowship as soon as the casket closed. But in contrast to this struggle, God kept stirring me to pray for young men and women, some struggling very much like my son. I entered the chapel and felt the same blank, numb, weariness that I have become accustomed to these days in being in the building. I didn’t feel like being there, but God’s call was clear.

As I began to pray for guidance, as I began to pray for each of the students by name I became aware of a shift. It was as if the blinders were removed from my eyes and I began to see what I was actually praying for and against. Scripture declares that there is a spiritual battle not always seen by the naked eye. Discernment is needed and prayer opens the door for the spirit to guide us in our prayers.

13-15Â Are you hurting? Pray. Do you feel great? Sing. Are you sick? Call the church leaders together to pray and anoint you with oil in the name of the Master. Believing-prayer will heal you, and Jesus will put you on your feet. And if youâ€™ve sinned, youâ€™ll be forgivenâ€”healed inside and out.

16-18Â Make this your common practice: Confess your sins to each other and pray for each other so that you can live together whole and healed. The prayer of a person living right with God is something powerful to be reckoned with. Elijah, for instance, human just like us, prayed hard that it wouldnâ€™t rain, and it didnâ€™tâ€”not a drop for three and a half years. Then he prayed that it would rain, and it did. The showers came and everything started growing again.

19-20Â My dear friends, if you know people who have wandered off from Godâ€™s truth, donâ€™t write them off. Go after them. Get them back and you will have rescued precious lives from destruction and prevented an epidemic of wandering away from God. (James 5 MSG)

There came a moment when my hands were raised, but I don’t remember raising them. I felt like Moses standing above the battle field and when his arms were raised, the Israelites were winning, but when his arms dropped they began to lose. I could see the battle playing out, and the enemy losing ground as I declared God’s truth over each child.Â Prayer is a powerful tool, scripture is able to slice open and reveal the enemy’s schemes.Â So why doÂ I so often use it as a last resort?

Don’t grow weary in your prayers. Jesus didn’t pray toÂ his heavenly fatherÂ day in and day out because he was God, he prayed because he had limited himself to being a man! To fight the enemy’s schemes just like we can do, to stand firm while others fell away, Jesus had to pray. It was not a last resort, it was his weapon of choice. He taught us how to pray! Prayer puts a stake in the ground and says, “No further Satan!” Today I put a stake in the ground Lord, I state before God and man, I will be a watchman. I will declare your faithfulness to me, and trust that you will be faithful to our children. Will you be a watchman with me?!

1My people, hear my teaching;

listen to the words of my mouth.

2I will open my mouth with a parable;

I will utter hidden things, things from of oldâ€”

3things we have heard and known,

things our ancestors have told us.

4We will not hide them from their descendants;

we will tell the next generation

the praiseworthy deeds of the Lord,

his power, and the wonders he has done.

5He decreed statutes for Jacob

and established the law in Israel,

which he commanded our ancestors

to teach their children,

6so the next generation would know them,

even the children yet to be born,

and they in turn would tell their children.

7Then they would put their trust in God

and would not forget his deeds

but would keep his commands.