Who Should Cast the First Stone? 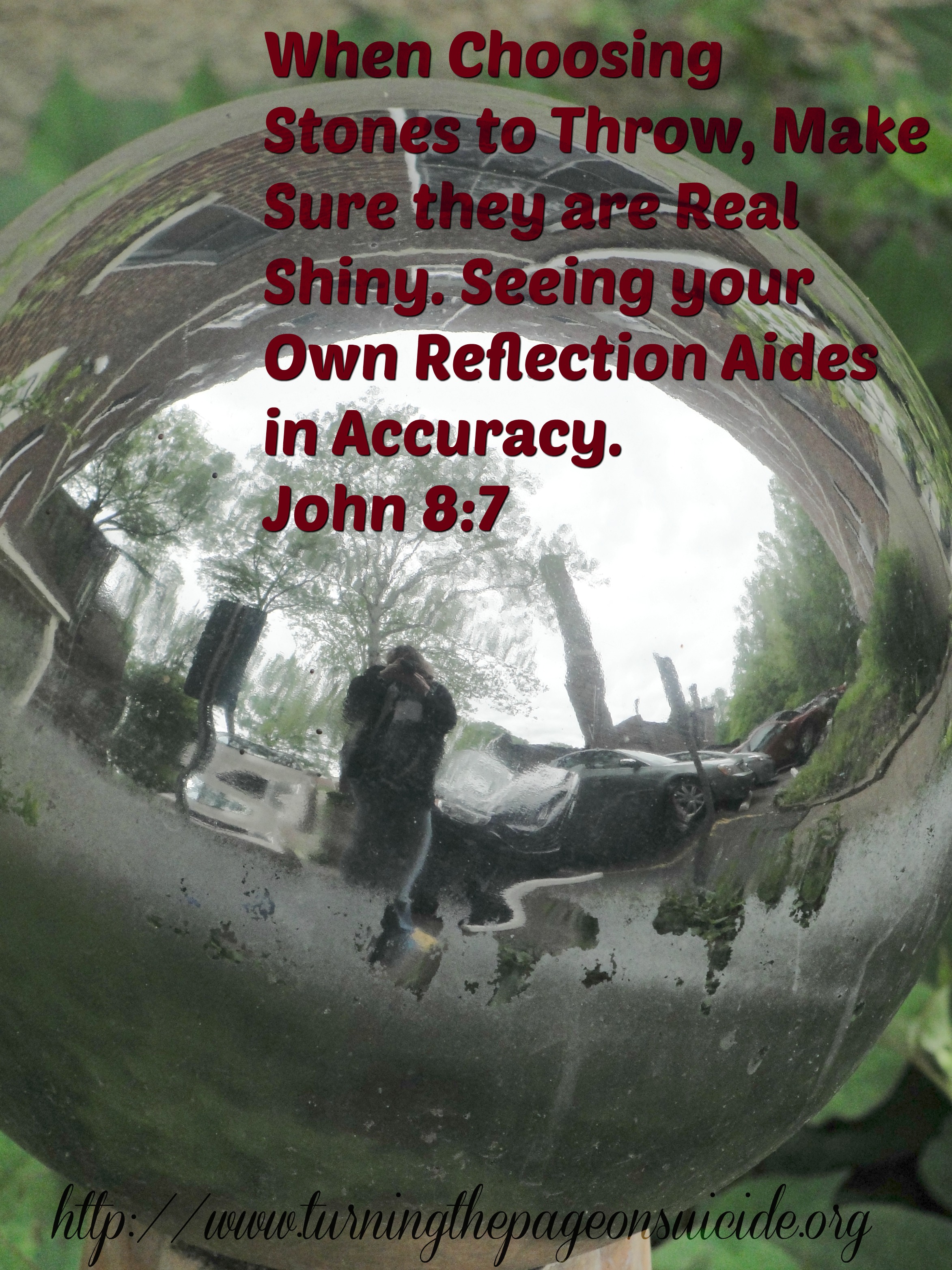 John 8:â€¦6 They said this to test Him, in order to have a basis for accusing Him. But Jesus bent down and began to write on the ground with His finger. 7When they continued to question Him, He straightened up and said to them, â€œWhoever is without sin among you, let him be the first to cast a stone at her.â€ 8And again He bent down and wrote on the ground.â€¦

Matthew Henry Commentary
8:1-11 Christ neither found fault with the law, nor excused the prisoner’s guilt; nor did he countenance the pretended zeal of the Pharisees. Those are self-condemned who judge others, and yet do the same thing. All who are any way called to blame the faults of others, are especially concerned to look to themselves, and keep themselves pure. In this matter Christ attended to the great work about which he came into the world, that was, to bring sinners to repentance; not to destroy, but to save. He aimed to bring, not only the accused to repentance, by showing her his mercy, but the prosecutors also, by showing them their sins; they thought to insnare him, he sought to convince and convert them. He declined to meddle with the magistrate’s office. Many crimes merit far more severe punishment than they meet with; but we should not leave our own work, to take that upon ourselves to which we are not called. When Christ sent her away, it was with this caution, Go, and sin no more. Those who help to save the life of a criminal, should help to save the soul with the same caution. Those are truly happy, whom Christ does not condemn. Christ’s favour to us in the forgiveness of past sins should prevail with us, Go then, and sin no more.