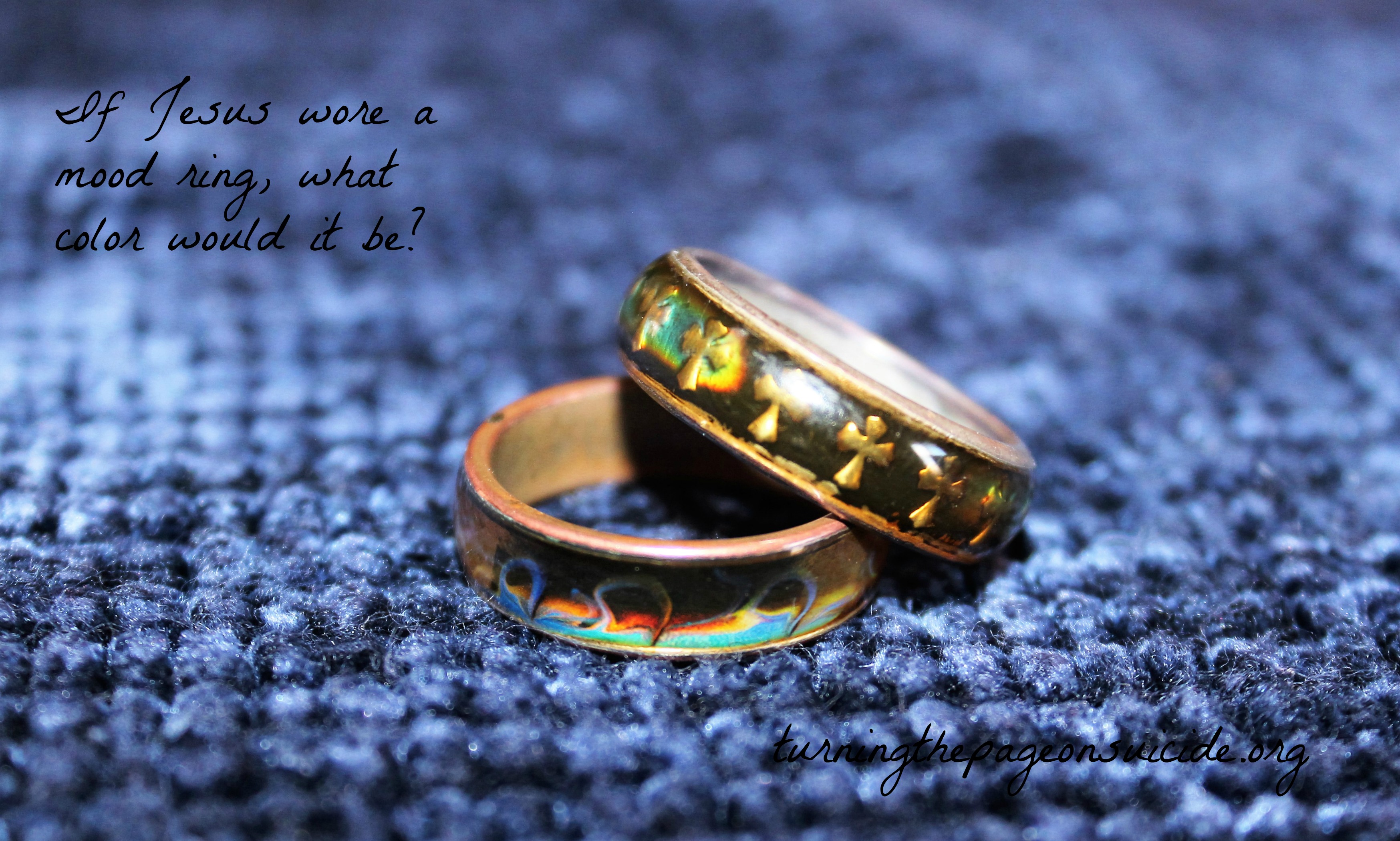 Mood Colors: I’m Yellow today–I feel open to the possibilities of the day.

After an indescribably severe headache last night, I feel strangely peaceful this morning. Today will be what it will be. What color is your week starting with?

E-motions are a part of our transportation system, meant to take you to new places, but notÂ meant to carry you away. God in heavenÂ feels, andÂ Jesus in the flesh certainly felt emotions. God would not have placed emotions in us, if they were not as important and as vital as our physical functions. Don’t ignore themÂ or elevate them to god status. LetÂ emotionsÂ join wisdom and reason in decision making. Logic without emotionÂ tends to becomeÂ cruel, and emotion without logic becomes lazy.

John 11:33 When Jesus saw her weeping, and the Jews who had come along with her also weeping, he was deeply moved in spirit and troubled.

There is so much to learn here! How differently this miracle would look if Jesus had arrived, dismissed the emotions of the grievers and preformed the resurrection of Lazarus. That would have been to glorify himself.Â Jesus knew what he was about to do and yet his emotions matched the sisters and mourners grieving for Lazarus.Â Jesus’ emotions were just as logical as his knowledge that his heavenly father was about to do a great thing! His emotions made him relational to mankind and his logic puts our circumstances in the context of God’s perfect will.

We want to know: DOES GOD REALLY CARE ABOUT OUR PAIN, AND WHAT IS HE GOING TO DO ABOUT IT?

God chose to become a baby, who smiled, giggled, and cried at the often painfully stimulating world. He had moods, and yet he chose to place those moods in a broader context of God’s will. You and I may struggle with our emotions, but as we place our experiences in the context of an all powerful God who is relational, our emotions andÂ logic become a powerhouse of love.