Hope, A Festival of Living: A Community’s Future After a Suicide 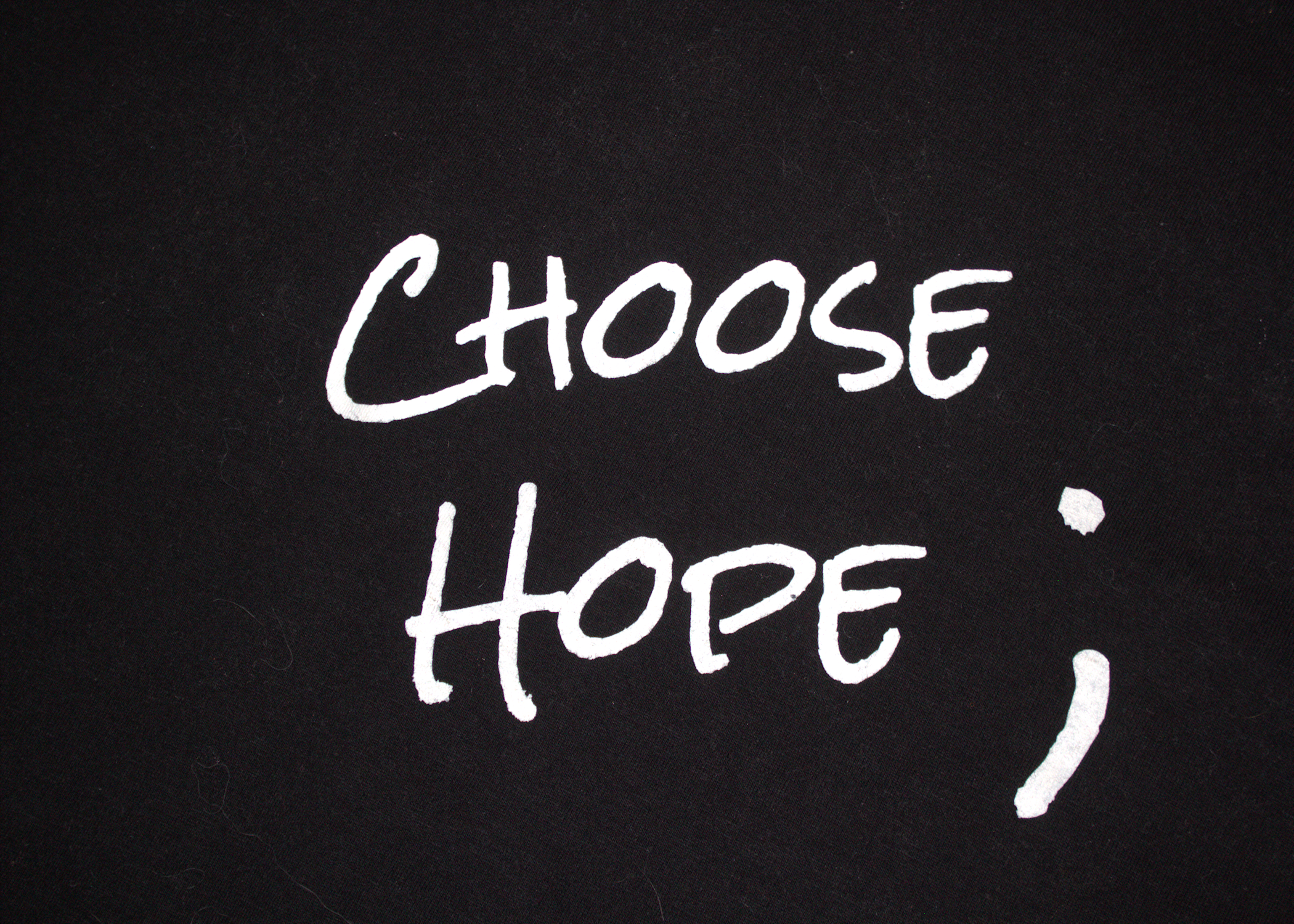 I look for hope in the aftermath of my son’s suicide. Last year, I encountered hope playing, speaking, supporting, and praying, inside a high school gymnasium. Almost ten years after Chelsea Ryann’s death her parents, Matt and Jennifer Westwood continue to encourage their community to reach out and reach into to the lives touched by depression, through Chelsea Ryann’s Festival of Hope.

An impressive pool of volunteers, organization, and outreach opportunities greeted me as I explored the many activities offered. People, inflatables, crafts, information booths, joy, and sorrow, connected me to the community. Displayed throughout the Chelsea Ryann Festival of Hope was a God who cares, a community involved, and a family who remains faithful through the hardest of experiences.

Matt and Jennifer took the time to engage individuals and ask how each person was doing. Compassion and understanding were evident in the couple’s eyes, as they hugged me and mourned my loss as well as their own. Both parents admit we didn’t believe mental health was a problem until it became our problem.

Since Chelsea’s death, the Westwood’s immersed themselves in the world of depression and suicide, while also holding tightly to the truth of who they are in Jesus Christ. Suicide touches every age, gender, and demographic and they feel they are responsible for showing their community faith in action.

The Value of a Life

I participated in the Memory Walk held on the outdoor track where photos shared Chelsea’s story, and signs of encouragement lined the infield, “You Matter”, “Don’t Let Your Story End”. “Chelsea was a smart, witty, amazing daughter, friend, and sister. We had 16 beautiful years with Chelsea”, Jennifer stated in a recent video on their site, but they wish for more experiences with their daughter. In the ten years since her death, many of her friends have graduated from college, married and are starting their families. But Chelsea has no new memories to share.

Chelsea loved hiking at Red River Gorge and once successfully carried her injured friend down the mountain without help. She was up for a challenge and became an innovative problem solver. Matt smiled as he described her as a wiz at Trig. But, as she entered junior high, the outgoing, vibrant Chelsea they knew, was slowly crowded out by dark thoughts, self-hatred, and deteriorating mental health. The school, community, and church rallied around Chelsea to support and encourage her.  But in a moment of despair, Chelsea ended her story in 2009.

Thinking back on the day of Chelsea’s suicide, Matt said, The enemy was certainly prowling around that day. The enemy wanted people to think that it was their fault that Chelsea took her life. He looked at Jennifer, I think we both knew we are going to stand strong for these people who have now flooded our living room with tears and regret, and guilt. The Westwoods felt protective of their immediate family and the house full of friends experiencing shock. “We chose the path we did because that is what we believe”, they both stated firmly. “We realized we had to stay strong. Jesus calls us to emulate him, as much as we can”, because others were watching.

Suicide destroys many marriages but faith, family, and the adversity already experienced strengthened Matt and Jennifer’s relationship. Such commitment did not go unnoticed by the community, others asked how their marriage remained secure. “Why wouldn’t it, was Matt’s response. We need each other. The simplicity of their belief and strength of their convictions emerged from years of practicing a united front. “Never losing hope. That is what got us through. There were highs and lows, but knowing God was always going to be there for us. He’s got our back, even through the difficult times. I never gave up hope,” Jennifer stated.

The Westwood’s teach others through their talks on suicide to lean into the lives around them and ask how they are doing. Jennifer emphasized, “How are they really doing?” They take back the date of Chelsea’s death in March by preparing care baskets for neighbors and friends and visiting to encourage. “Because we have made ourselves vulnerable and open, we have a lot of people who approach us, not just for teen suicide, but for a lot of things.” A prominent man in the community who shared with them he was struggling with depression serves as a powerful illustration for going deeper with our circle of influence. Matt shared, “All these people around him knew him, but very few knew he was battling depression. Because on the outside everyone was like, I want to be that guy. But no one took the time because everyone assumed, he was okay.” The community reached into Matt and Jennifer’s lives as well. Supporting them at work with understanding, time to grieve, and a listening ear.

Jennifer marveled at the support they received and realized how many resources God blessed them with. Being surrounded by so many amazing people â€œhelps us not to lose our hope”, She affirms.  Many of those same people who loved Chelsea then, love her now through supporting her memory at the Festival of Hope.  Chelsea’s grandparents, siblings, extended family, church and community open their hearts wide to offer hope in the midst of their own sorrow and grief alongside Matt and Jennifer.  As I completed the loop, I felt valued, my individual story nurtured and ministered to by the strangers I now call friends.

Establishing a Habit of Hope in Community

Through prayer, openness, and vulnerability, Matt and Jennifer designed Chelsea Ryann’s Festival of Hope with their community in mind. Inspired by the work of the American Foundation for the Suicide Prevention’s Community Walks, Chelsea’s family began working with their local community to support individuals and families struggling with depression. They enlisted the help of school resource officers, teachers, friends, and community professionals. Now, beginning their preparation for their 4th festival which will be held this Saturday, October 20th, they encourage us to both celebrate life and value the journey of anyone wrestling with depression. Matt and Jennifer remain steadfast and determined to continue their story to completion. It is good to know their loss is not the last chapter. Chelsea’s story is part of a bigger story. One that includes others experiencing depression embracing hope in Christ Jesus through a community’s testimony of perseverance.

2 responses to “Hope, A Festival of Living: A Community’s Future After a Suicide”