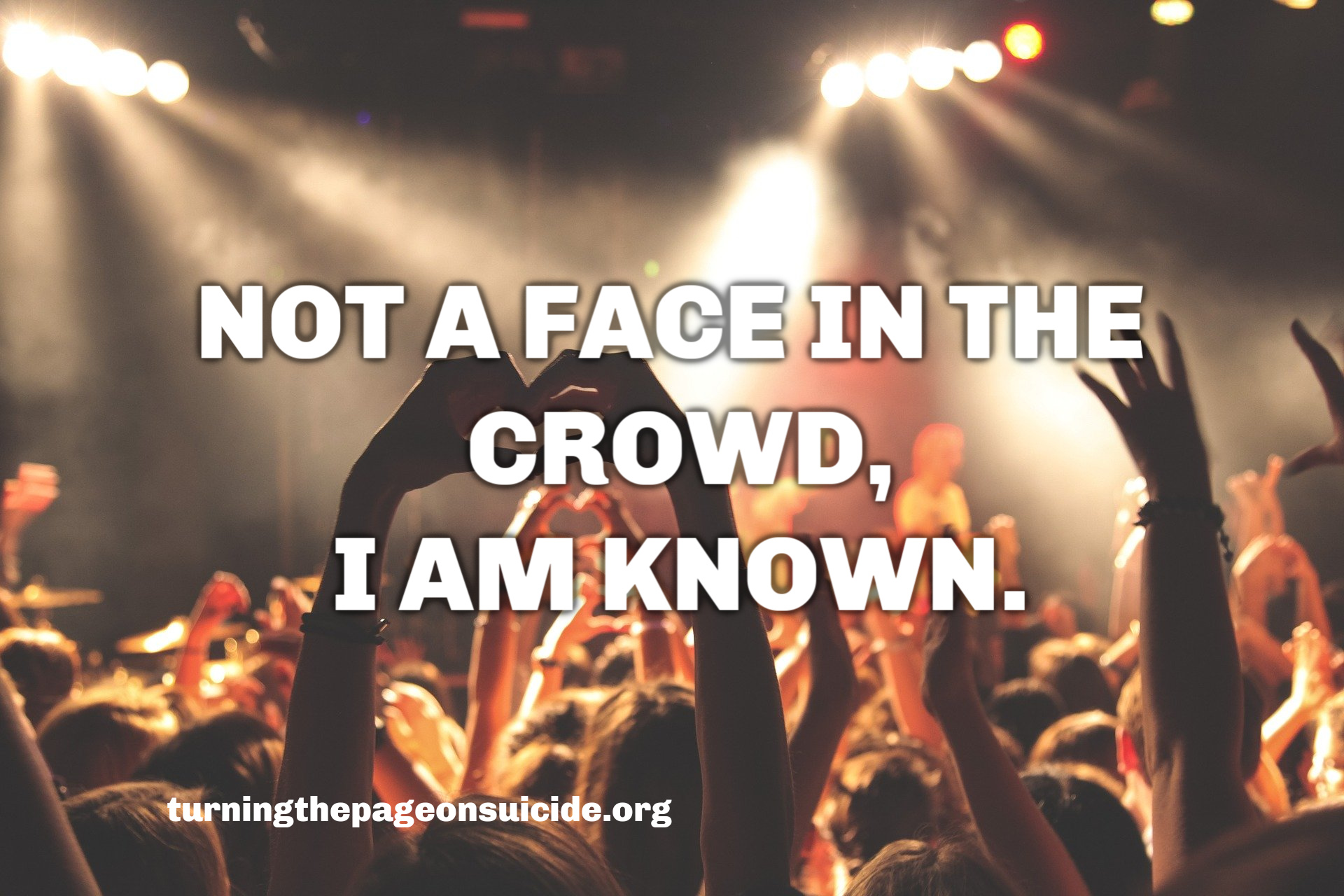 Have you ever completely geeked out over a celebrity? I have.  It was 15 years ago when my husband and I attended a Toby Mac concert.  We were huge DC Talk fans and seeing Toby Mac perform with his new band Diverse City was just as exciting.

After the concert, he set up a table outside the auditorium to sign autographs.  We didn’t feel like standing in line so we went across the street to Wendy’s and bought some food.  At the last minute, we bought some extra food to give to Toby Mac.  When we returned we only had to wait a few minutes in line before we were able to talk to him.  We gave him the extra food and then had a great conversation about race relations in the church and adopting biracial children.  I think I managed to stay calm during the conversation but afterward, whenever I would talk to anyone about it, I would become overexcited and talk very fast.  Many years later it is kind of embarrassing to think about how I was on cloud nine simply because I had a conversation with a famous Christian musician.

Oh, and don’t get me started about the fact that I graduated from the same high school as Jennifer Garner.  My kids groan whenever I start to mention it.  They have heard it too many times before.

Here’s the thing though, Toby Mac and Jennifer Garner are just everyday people, sinners like everyone else.  It is only our culture that has elevated them to the high caste called talented and famous.  And if I can be honest with myself, I know they aren’t above anyone else despite what our culture leads us to believe.  I also know that Jennifer Garner has never met me and has no idea who I am. Likewise, I am fairly certain that Toby Mac does not remember me, the conversation or the meeting.

Sometimes we become excited about meeting someone simply because they are famous, rich, powerful, or popular.  Even though in our heart we know they are simply human like us.  We might wonder what it would be like to be friends with them.  We think it would somehow make our lives better if we were to have them around.

Let me share something astounding with you.    There is someone who is rich, powerful, strong, and wise who desires a relationship with you.   In fact, HE wants more than just a casual friendship or a shallow comradery.  He wants an intimate, loving, no holds barred, kind of relationship.  He wants to not only know about you, but He wants to be known by you.

He who forms the mountains,
Creates the wind,
And reveals his thoughts to man,
He who turns dawn to darkness,
And treads the high places of the earth-
The Lord God Almighty is his name.
It is mind boggling to think about this.

Jeremiah 33;2-3 says “This is what the Lord says, he who made the earth, the Lord who formed it and established it- the Lord is his name: ‘Call to me and I will answer you and tell you great and unsearchable things you do not know.”   So yes, the Creator of the world wants us to call out to Him, to seek Him, and to ask Him questions.

Try to grasp the big picture.   He wants to have a relationship with you!  He desires to share things with you.   He also cares about you, though.  Did you know that Jesus said in Matthew 10:30 that his Father knows how many hairs are on your head?  Is it sinking in yet?  He wants to be a part of your life, not just on Sunday morning, but every day, every minute, every second, all the bad parts, all the mundane trivial parts, all the exciting events.   He wants to be there.

God in his infinite wisdom though, knew it would be difficult for us as humans to know an abstract being on a deep level. He wanted us to understand that he was a compassionate, powerful, and just God.   And he wanted us to know Him on a profound level.

Philippians 2: 6 explains his solution.   (Jesus)” Who being in very nature God, did not consider equality with God something to be grasped but made himself nothing taking the very nature of a servant being made in human likeness”.   He came to be our Redeemer but he also came that we may know him and understand him better.  He left heaven to walk on this earth for you and me.  He experienced cold, hunger, thirst, cruelty, and temptation in a human body so that you and I might know him fully and so that he could more fully understand us.

As this Advent season winds down, keep your eyes focused on him.   The next time you feel disconnected from your co-workers at an office party, or feel like the black sheep at a family gathering, or if you just feel anxious or lonely because the holidays aren’t quite what you thought they should be; remember Jesus is a friend that sticks closer than a brother.  Christmas is a celebration of Emmanuel – God with us.

Jesus’ greatest desire remains the same as it was 2000 years ago in the crowded town of Bethlehem.  He desires to be with us no matter who we are, what we have done, or where we are.   Praise God! He is with us, He knows us, and He loves us!  That is worthy of a celebration!