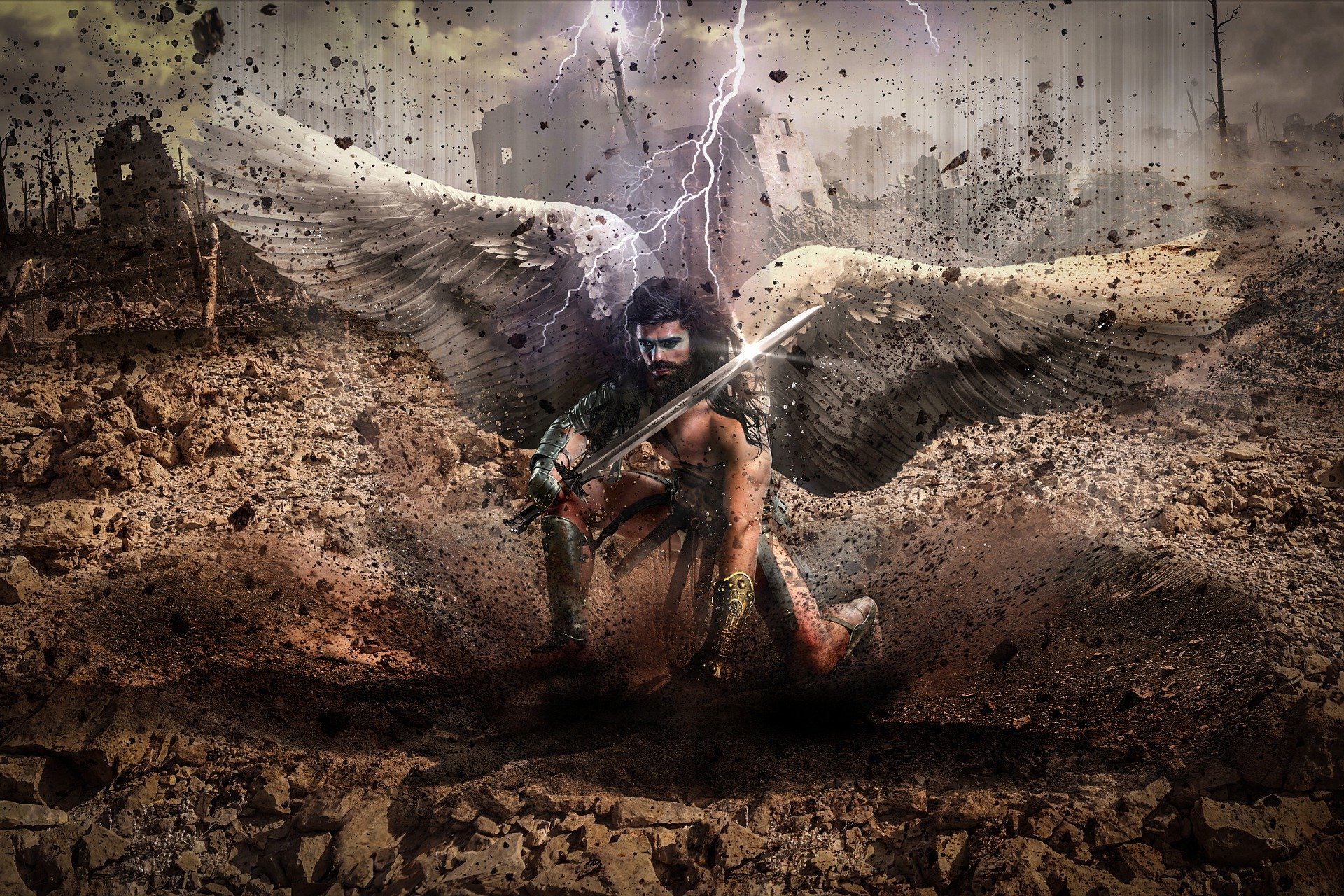 Heaven’s army crowded the borders of the universe,
as God in Flesh
wore a robe of bloody lashes and crown of
mockery.

A legion of wings beat the air, ready
to rush to the king’s aid.
Angelic swords sparked against grinding wheel.
Muscles strained under bonds of armor.
The sweaty preparation of a rescue mission. But hope
remained restrained by a silent raised arm of the Commander.

Three days God held heaven at bay.
While man reveled in his own truth
WE ARE GOD!

Until grave rumbled to life,
and heaven triumphantly revealed
the passion of truth. Heaven perched on stone
and declared, “He is not here.”
Resurrection.

36 Jesus said, “My kingdom is not of this world. If it were, my servants would fight to prevent my arrest by the Jewish leaders. But now my kingdom is from another place.”

Jesus answered, “You say that I am a king. In fact, the reason I was born and came into the world is to testify to the truth. Everyone on the side of truth listens to me.”

38 “What is truth?” retorted Pilate. With this he went out again to the Jews gathered there and said, “I find no basis for a charge against him. 39 But it is your custom for me to release to you one prisoner at the time of the Passover. Do you want me to release ‘the king of the Jews’?”

40 They shouted back, “No, not him! Give us Barabbas!” Now Barabbas had taken part in an uprising.