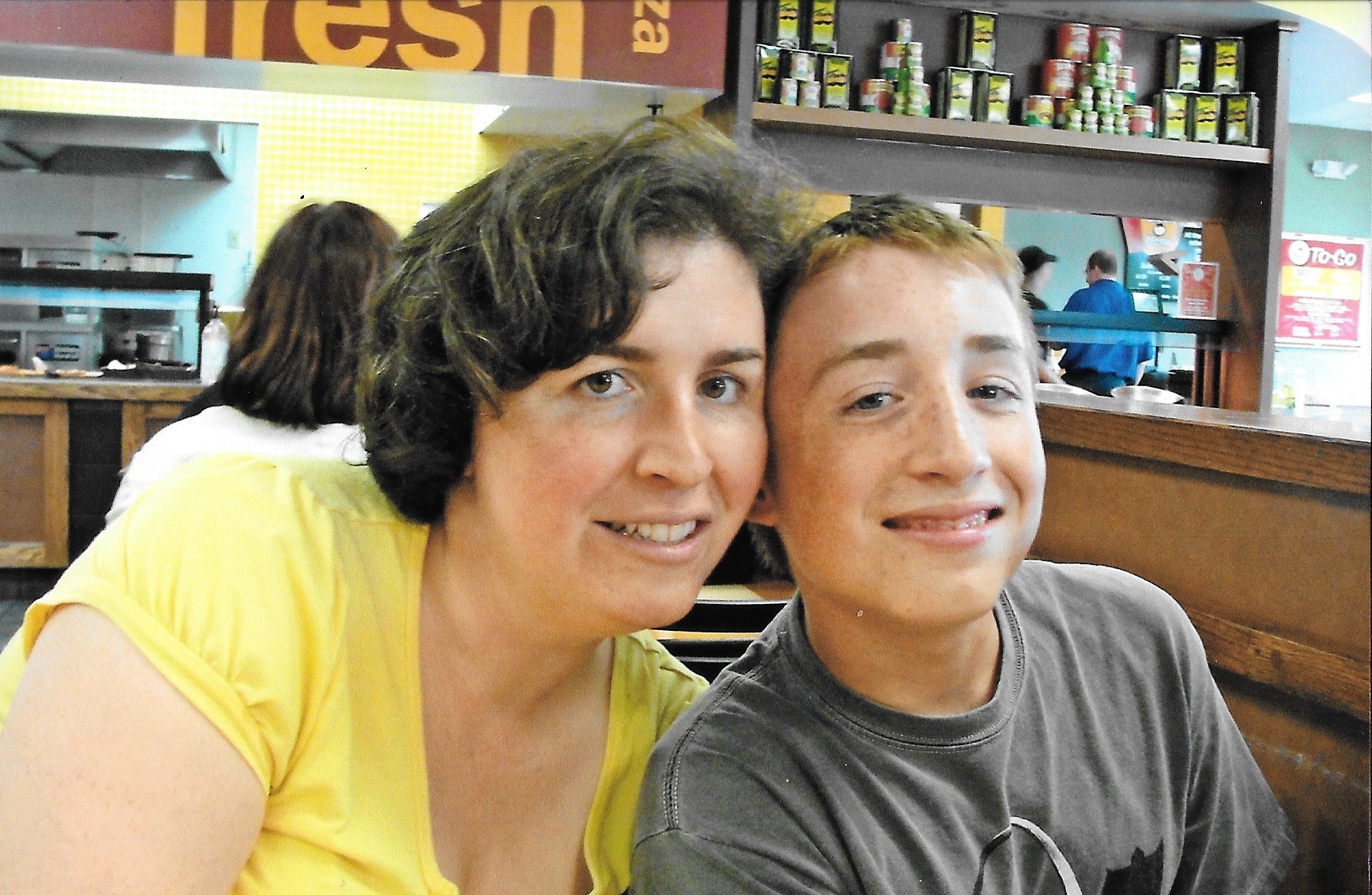 John 10:10Â TheÂ thief comes only to steal and kill and destroy. I have comeÂ that they may have life, and have it in all its fullness.Â

The contrast between my son’s life and death is always the strongest on this day! He cared about people deeply. He was always looking to help, encourage, and equip others, even as his own resources felt limited. His smile could brighten the darkest of rooms even as the embers were being snuffed out in his own soul. He defended underdogs, even when he couldn’t defend himself from the pain others inflicted upon him.

Today my son would have turned twenty-one. No mater what you think your life is worth, there is so much more to you. You were born for a purpose! I turn the page on my sorrow because I know that God valued my son, He is greatly grieved, and will hold to account those who hurt him. I pray that God turns the page on your despair. I say God, because for some of us, it is impossible for us to stop self-destructing. The Lord must remove the oppressive thief. I acknowledge that the thief is powerful, but nothing is impossible for God. He uses that power to give us life!

May the scales of who we think we are fall from our eyes and we now revere the sacredness of human life. God shaped us with his own DNA!!!! No other aspect of creation has that distinction. As long as we have breath, God gives us the opportunity for the fullest life through his son Jesus Christ! Mother Theresa andÂ The Little Sister’s of the Poor, exemplify loving and valuing those the world casts out as worthless. Please hear me, you matter to me! The very fact that many of you chose to share your journey with me, encourages me on the darkest days. Fight! Allow God to heal the deepest wounds the enemy has placed in your life. Shout from the mountain tops that no one is worthless. It is God’s will that none should perish, therefore, it breaks his heart when we despair of life.

On my son’s birthday chose to embrace life! 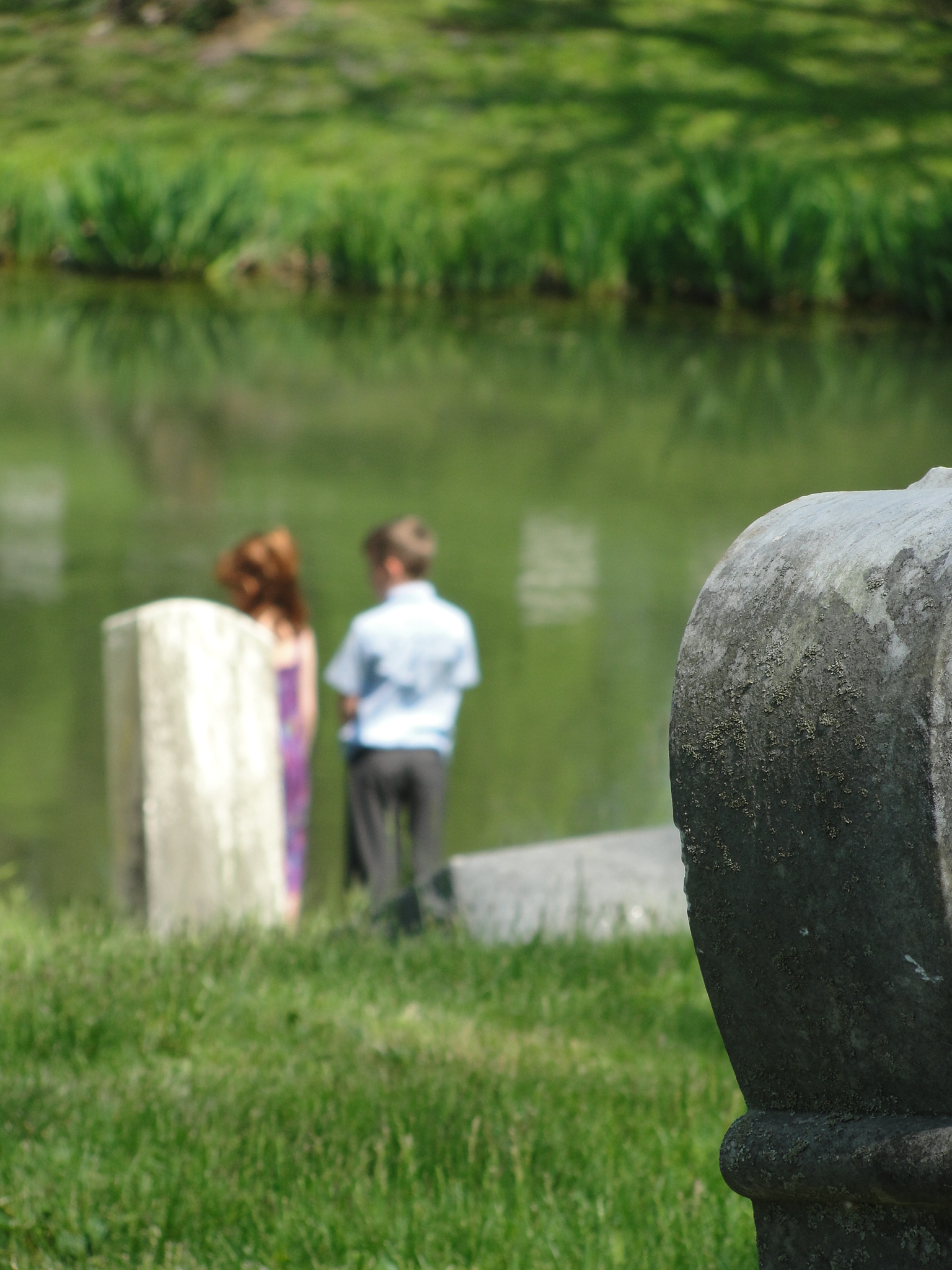 I didn’t quit my job of loving, when you stopped punching your time card.

I clock in to life, Â heart uncallused by the

hope, with splinters of grief digging deep into my soul.

with a work ethic that suicide cannot render

unconscious to the world around me. 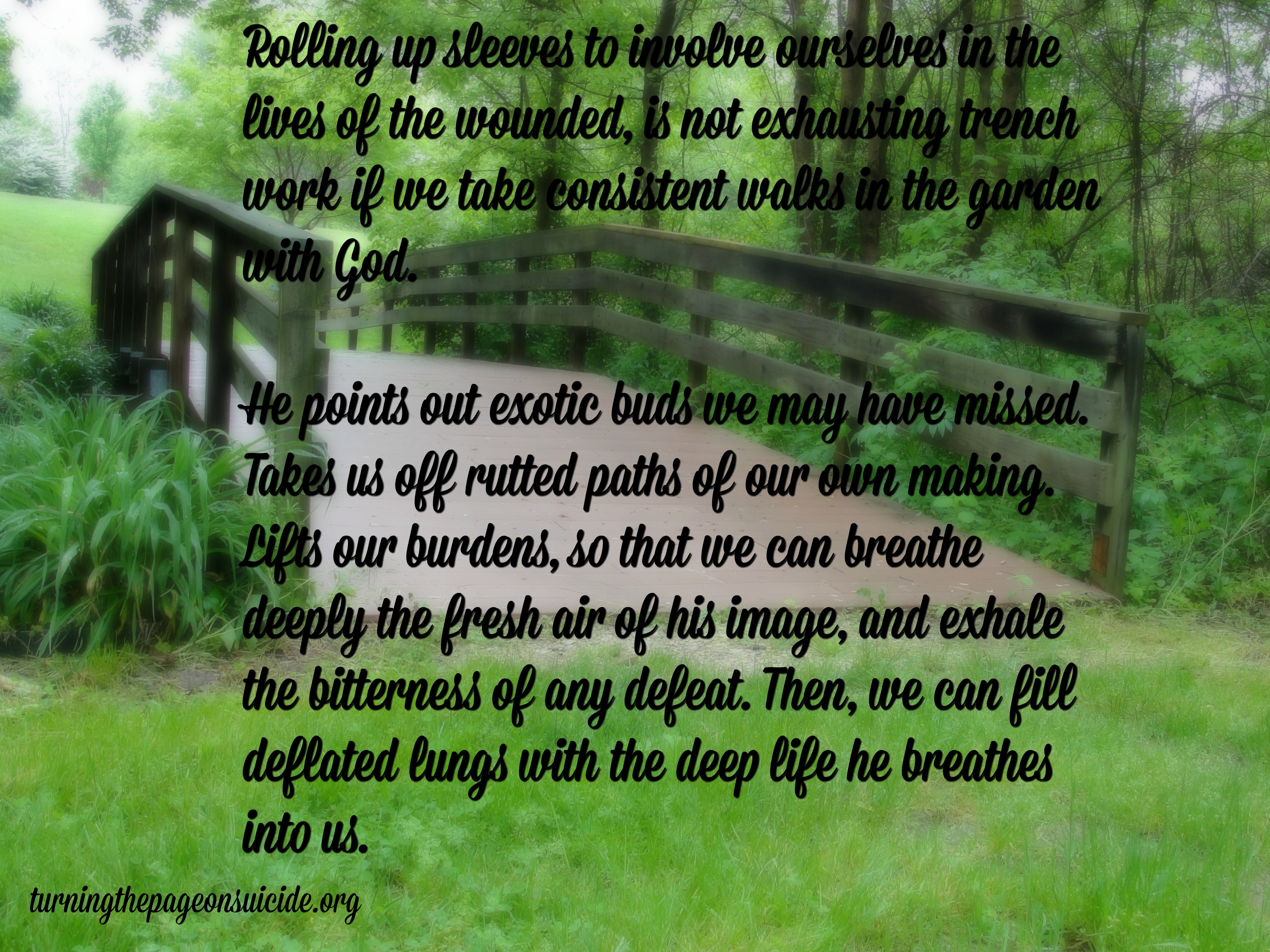 The Breath of Life

Matthew 11:â€¦27All things have been entrusted to Me by My Father. No one knows the Son except the Father, and no one knows the Father except the Son and those to whom the Son chooses to reveal Him. 28Come to Me, all you who are weary and burdened, and I will give you rest. 29Take My yoke upon you and learn from Me; for I am gentle and humble in heart, and you will find rest for your souls.â€¦ 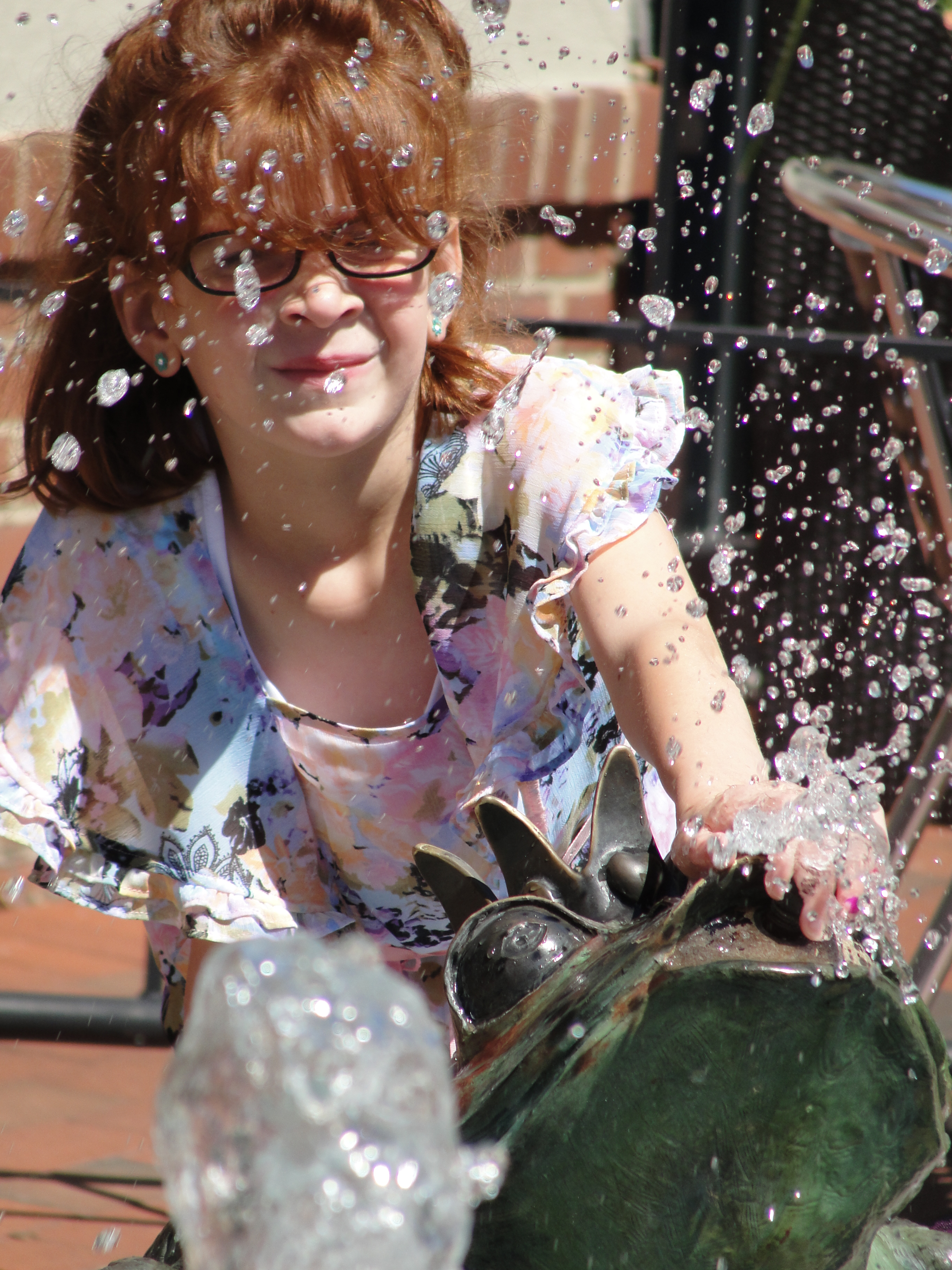 The Princess and the Frog

Location: Courtyard, just outside the American Girl store in Columbus.

“Do not anticipate.” is the mantra pilgrims hear on the Walk to Emmaus. You do not take a watch, electronic device, or clock. People tell you where to go at the appointed times. It is the weirdest feeling to spend the majority of your life run by all of thee above and suddenly leave them all behind. But, you stop anticipating and begin living in the moment.

Today I realized that I am anticipating July 1st. My son dies that day and since his birthday in May my anxiousness and anticipation has increased. I was overwhelmed by a sense of impending doom. But, WE DON’T HAVE TO ANTICIPATE! If God is enough each day than what comes tomorrow really doesn’t matter to today.

July 1st will come, no matter what I anticipate and it will be whatever it will be. Jesus didn’t pray, “Give me enough bread for July 1st.” He prayed, “Give us, this day, our daily bread.” It is amazing the peace that washes over us when we stop anticipating and become open to God’s will, come what may. What are you anticipating? 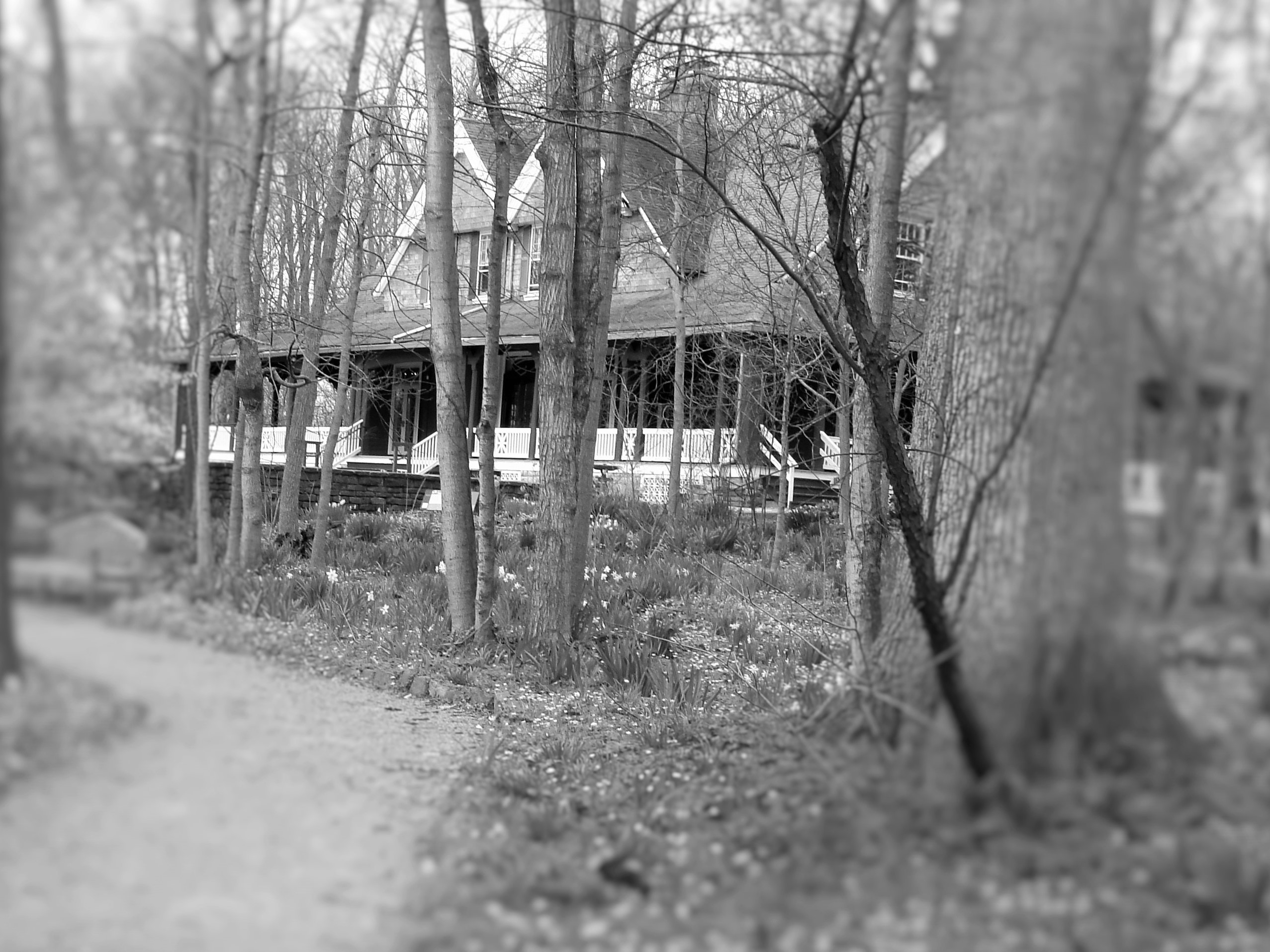 of life stare out, judging the

taunting passersby’s with KEEP OUT

-as if anyone wants to COME IN.

to knowÂ the ghost of whoÂ you once could be. 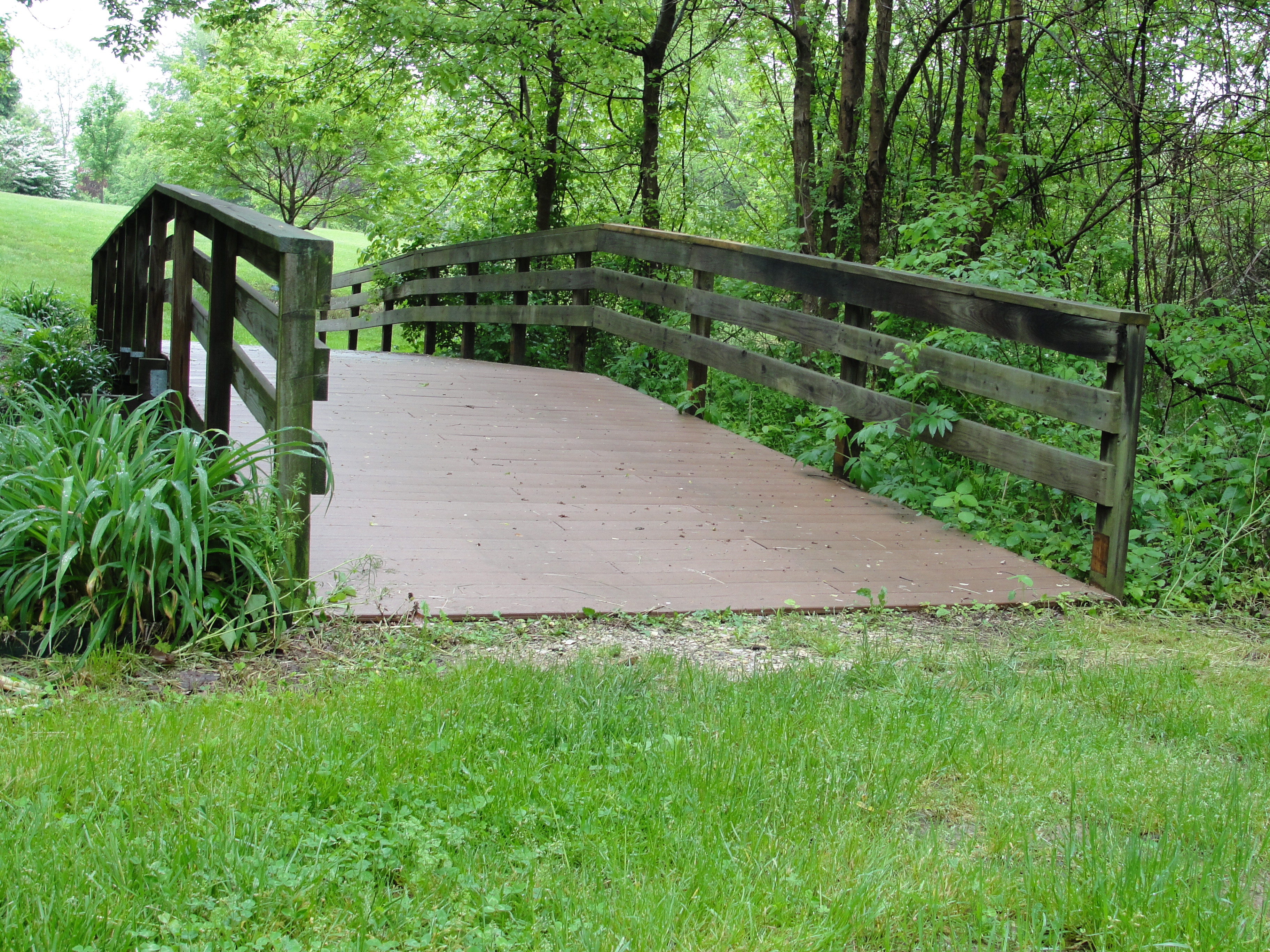 Valley of the Shadow of Death

(A post from the first days after putting Jonathan in the ground.)

Psalms 23:4 Even though I walk through the valley of the shadow of death, I will fear no evil, for you are with me, your rod and your staff, they comfort me.

A spur of the moment trip yesterday afternoon to Coco Key Resort, produced a valuable image for Daniel and I to hold onto as we walk through the darkness of Jonathan’s death. Daniel is tall enough to ride the four big slides, and this summer his confidence in the water has skyrocketed. He and I tackled the first one on a two-seater inner tube. After that he was ready to tackle it alone and then moved onto the body slides.

But, he declared from the beginning, that he would not go on the two slides that did not let light in. I have to admit, I had no intention of going on those either. Later, I’m not even sure what prompted me to go on the dark body slide alone, but I did. Maybe I chose the tube because I am already walking through the darkest place imaginable. The slide was as dark as the inside of a cave cavern. I could not see the twists and turns and I didn’t know how long the ride would be, but I knew the light was at the end.

Just before leaving, Daniel grabbed the two-seater and declared that he wanted to ride the dark slide. As soon as we started down I could sense his fear. I declared that I was still beside him, and that the light would greet us at the end. When we exited the pool I told him that this how I feel with God right now. I don’t see him, but I hear his voice, and I’m trying to stand on the truth of his character. In the car the kids asked to listen to their Music Camp CD. One of the songs was “You Never Let Go”. As Daniel listened he exclaimed, “That is like the dark slide! I couldn’t see you, but I knew you were there. I know God is there, and that he won’t let go of me.”

Yes Daniel, and yes reader, God will never let go of you! Through whatever storm or dark place in this life you are going through. Our part is to know that he is here. For me, the only way to obtain that knowledge has been to read about his character in scripture, to pray, and to practice walking in faith. I can’t see where this devastating dark twist will lead, but I won’t turn back, because I know you are here.

Goals:
1. Let others help me today.
2. Work on my song.
3. Find a new copy of Barbra Johnson’s book. (Meet me at half-priced books anyone?)

SuckingÂ in the stale air

You broke the seal of

our tomb of circumstances.

ofÂ hope planted in the sunshine of our dreams.

Filter life through the curtains ofÂ our mourning soul

and invite us to

open our eyes to Spring. 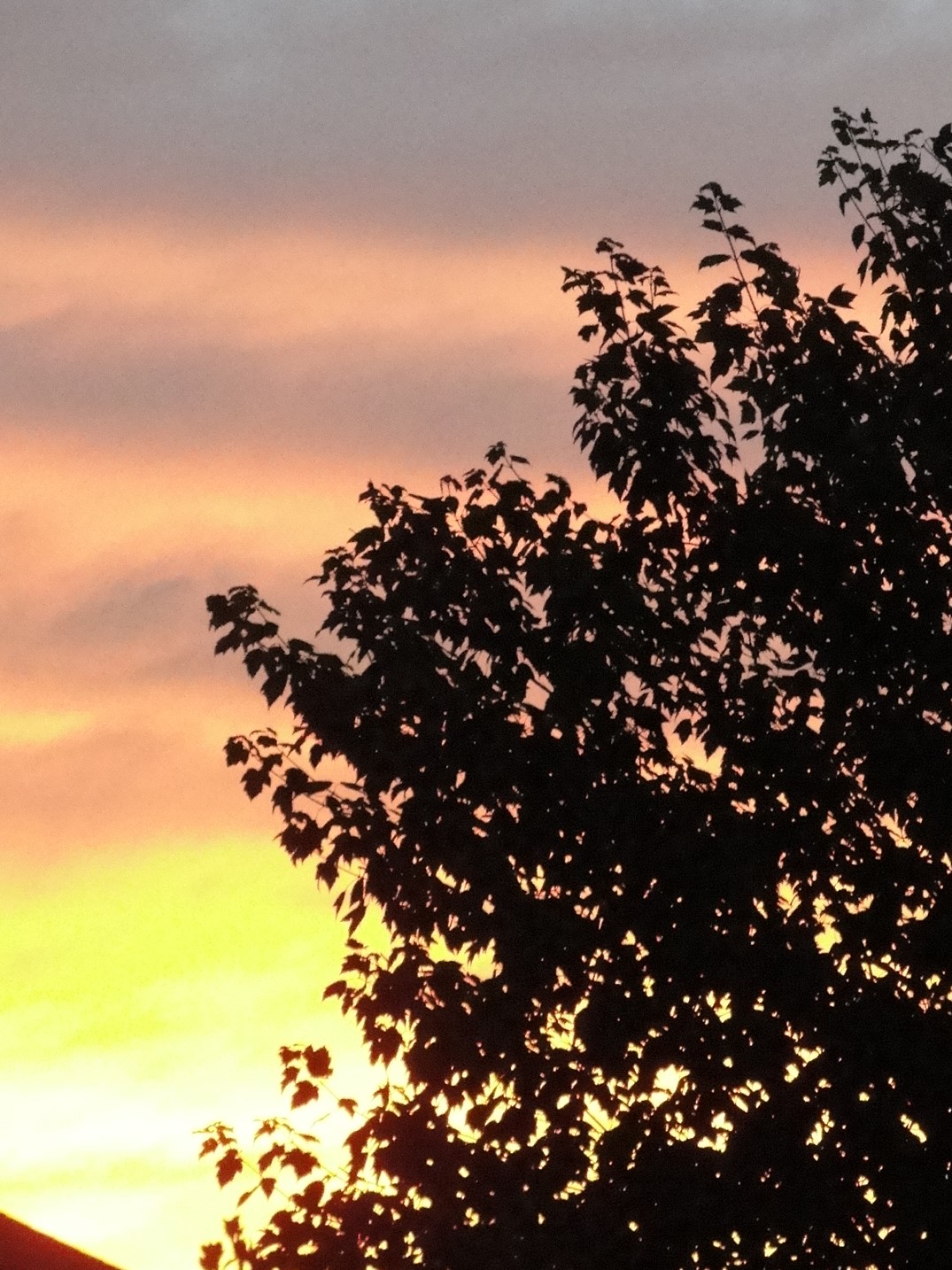 The Juxtapositions of Christ

(Poem written in the early days of grief)

Note to My Readers

I was hospitalized on Saturday with Pulmonary Embolism (fancy talk for blood clots in the lungs.) I am doing much better today and will probably be released once they get my medsÂ established.

I praise God for each breath I am given! I encourage you to breathe deeply andÂ live life to the fullest, it is a preciousÂ gift given to each of us.